Welcome, soldier! You were chosen amongst the best of the best to take part in this special training for our new, revolutionary, plasma powered equipment! You're wearing our plasma powered suit, boots and weapons but, there's a small problem...your plasma tank is leaking!

As long as you don't take damage (projectiles, explosions, collisions), you're ok, but if you take, some bots might drop temporary replacement parts that might hold the leaks a bit, other bots will drop more plasma so you can refill your tank!

Oh! Also, when you shoot or dash, you also damage the equipment a bit, so be careful!

This game's playable with Keyboard and Mouse or an X360 Controller!

This game was originally made in under 72h for the 39th Ludum Dare, where the theme was "Running out of Power". I wanted to touch the code in this game again and improve it, but couldn't think of a way until I checked the LOWREZJAM.

Making an action packed, top-down, twin-stick shooter in 64x64 sounded pretty nuts and pretty cool at the same time, so I thought: "why not?", and here it is!

This version is kind of a mix between a "demake" and an "expansion" for the original game. While the resolution and visual assets were heavily reduced in size, new sounds and a new soundtrack were recorded, improvements were made to the controls and other features were added for more challenge and more balance in the game too.

Since this is a total rewrite of the game (despite using a bit of the original code), this should not be considered the post-jam version of my LD entry, but a totally new, revamped, version.

Thanks for checking my entry!

P.s.: the original game, you can play here, btw: https://ldjam.com/events/ludum-dare/39/plasmagun ;)

Made with GameMaker Studio 2. 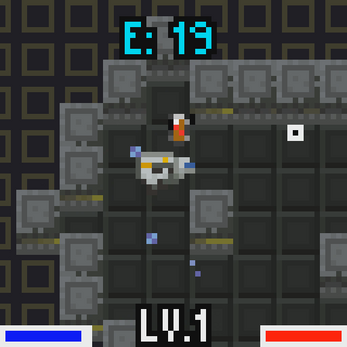 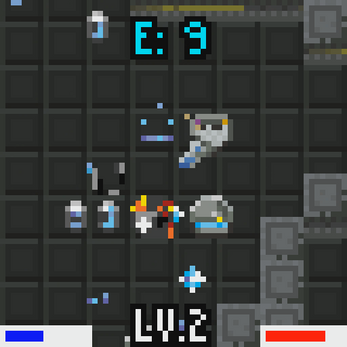 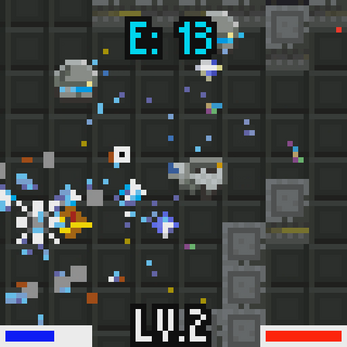